When the Written Word Wanders Us to New Worlds 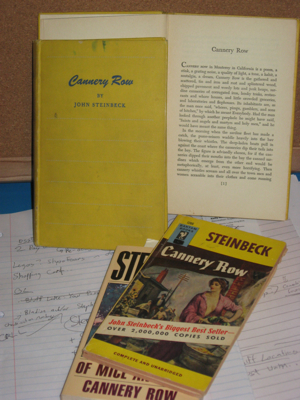 I leaned back in the moldy recliner that sat on the porch of my dorm with Cannery Row in-hand.  From my perch, I read half a semester worth of novels. I felt snub.  And rightfully so, I thought, since  I managed three upper division writing and lit courses, all as a first semester freshman. Nothing could stop my reading and writing frenzy.

Breezing through the introduction to Steinbeck’s war novel, I jumped into the first chapter, and then the second.  I dozed off during the third. And when the cool sunset breeze woke me up, as it often did during these later afternoon reading sessions, I found myself staring straight at the book’s cover, nestled in my professor’s hands.

I enjoyed the good fortune of calling a living-learning community at my college home, in which my professor stationed his office and often held office hours on the front steps, right next to my all-too-comfortable Lazy-boy. This wasn’t the first chapter he caught me dozing through. But I felt a bit more worried than usual this time: Cannery Row remained his all-time favorite novel, only rivaled by a few masterpieces by Dostoevsky.

“Are you enjoying this one, Mr. Gray?”

“How about the first paragraph? Frickin’ amazing, huh?”

“The first paragraph?”  I half asked, half stated, “yeah, that was intense.”  I tried to qualify it with language he usually used for some profound section of a novel. 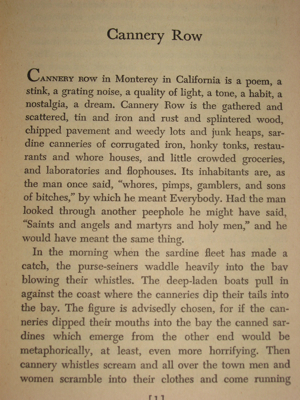 “Of course.”  Of course I’d read it, but I read it in my usual, every word blurs into the next so that one sentence becomes one big word and each paragraph becomes one long sentence, sort of way. I maintained a habit of reading fast, which often meant that I rushed passed punctuation, and that I rarely listened to the rhythm of the words and the syncopation of the language.

“Did you really read it?”  He flipped to the first paragraph of the introduction and read it out loud.  He read it out loud with his slow and steady voice, feeling the pulse of the words and the music of each syllable. He changed the force in his voice and altered his volume depending on the sentence, and as he reached the end, his voice came to a nostalgic, almost melancholic crescendo.  A chill ran through my shoulders and up my spine, causing a dream-like euphoria in my temples and in my cheeks. 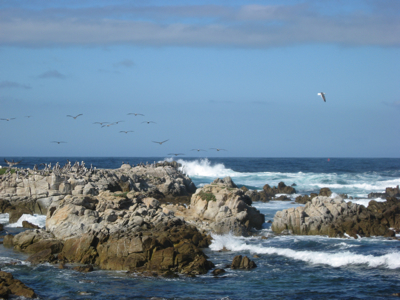 I imagined Steinbeck sitting in his little bungalow just down the beach from Cannery Row in Monterey, talking out loud as he wrote those words, making sure that the poetry of the paragraph hit just the right note.  And I’m sure that the way my professor read it was close, if not exactly similar, to the way Steinbeck intended for such an eloquent gathering of ideas to be read.

“So you read that?” He asked again when he finished reading.

I raised my eyebrows, blushing, defeated.

“Because that,” he handed the book back to me with the cover folded over so that the introduction remained bookmarked, “is frickin’ amazing.”

He walked up the last step and across the porch and through the dormitory door.  I watched him go and then I turned back to the opening paragraph: 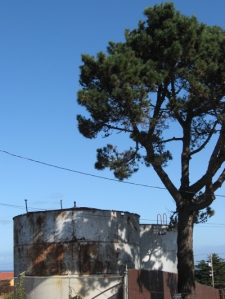 Cannery Row in Monterey in California is a poem, a stink, a grating noise, a quality of light, a tone, a habit, a nostalgia a dream. Cannery Row is  . . . [1]

There, in that first paragraph, in a moldy recliner on the front steps of a dorm in Southern California, an arrogant little freshman felt humbled. And for the first time in his life, he learned to read. And every paragraph thereafter was different, and beautiful.

Heading out on adventures, building community, eating delicious cuisines, supporting the local food movement and enjoying walks in the wild . . . grateful to be wandering in the world with you.
View all posts by mlgray →
This entry was posted in Community, Different Modes of Exploration, Travel and tagged Cannery Row, John Steinbeck, Monterey, Opening Paragraphs, Reading. Bookmark the permalink.